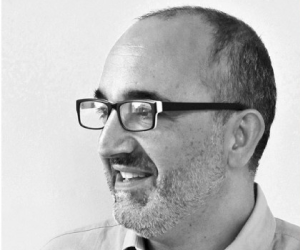 IA Interior Architects recently interviewed International President of IIDA Julio Braga, IIDA, LEED AP, for an informal chat about what he’s been doing to push IIDA as the go-to professional association that supports Commercial interior designers. Braga’s tenure since assuming the position back in June has already seen the Association taking active steps in dedicating itself to being a community of experts in workplace design, an increased involvement with standard setting organizations such as CIDA and NCIDQ, and a vested interest in the value of design through thoughtful panel discussions and engaging Member participation in advocacy efforts. There’s no doubt that Braga has taken the president role to new heights and IIDA in an exciting and innovative direction.

“I’m interested in how the practice of design runs in other parts of the world, and our connection with professionals beyond the U.S.,” said Braga in the interview. “A majority of our members are American, but this is important because not only is the economy globalizing, but so is the way professionals carry out design.”

IIDA has already begun making strides in reaching out to its international Members beyond international design competitions with this year’s first IIDA event for the Milan Chapter, a day-long discussion about the business of design, as well as the announcement of Milanese architect and designer, Federico Delrosso, IIDA, as Inaugural Member of the IIDA President’s Council in August.

Braga, who is a Principal at IA, also shared his insight on how working with IIDA hasn’t just been a vital professional resource but a way to give back to the design community while making fast friends.