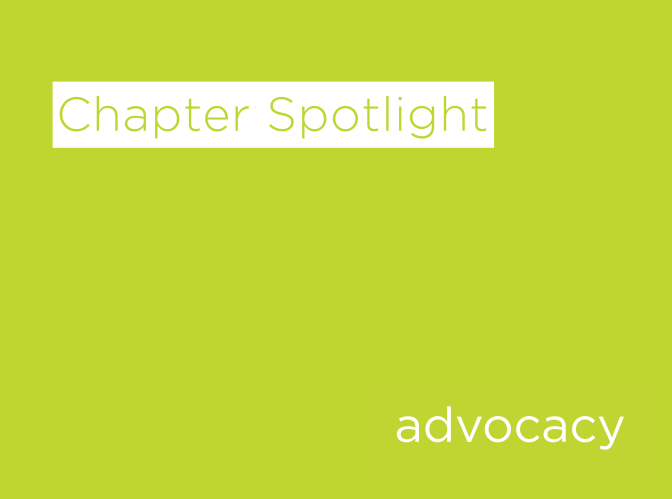 Sitting down with a legislator to talk interior design for 10 minutes can be effective, but showing them firsthand what we do often leaves a lasting impression. Site visits—such as bringing a state representative to a design firm, to tour a recent interiors project, or as a guest at an industry event—allow designers to demonstrate the impact of their work in real-life situations. That’s exactly what the IIDA Illinois Chapter did when members engaged a lobbyist to bring state representatives to both NeoCon, the largest commercial interiors show in North America, and the Red Awards, the Illinois Chapter’s annual event recognizing outstanding local design projects. Here, Tom Spanier, IIDA, NCIDQ, LEED AP, talks about the value of site visits, how the Illinois Chapter planned these opportunities, and what was learned from the experience.

What was the goal of bringing legislators to NeoCon and the Red Awards?

We wanted to show the legislators that there is more to the interior design field than what is portrayed on television. Interior designers play a crucial role in designing commercial spaces and high profile public spaces. A project relies on team leaders to coordinate the entire design team, including architects, engineers, furniture dealers, and other consultants to successfully complete any given project.

Can you give us a rundown of what you did at the Red Awards and NeoCon to engage with the legislators?

At the Red Awards, the legislators sat in the front row of the auditorium and were acknowledged individually. They like being recognized, so we capitalized on that. Our lobbyist and advocacy committee attended and made sure the legislators were engaged and introduced to various people within the design community. We found the attendees would approach the legislators and have candid conversations about our industry. By the end of the event, there was a line of people looking for a chance to chat with them.

At NeoCon, our lobbyist managed the legislators and ensured they stayed engaged. For this event, it was very busy, so the spectacle and organized chaos kept the legislators interested and intrigued. We set up two tours with furniture showrooms prior to the event. The tour guides for each showroom were high-level executives who offered insights on the Interior Design industry and explained how interior designers work with manufacturers on a daily basis.

What do you think had the biggest impact on the government officials that you brought to NeoCon?

NeoCon is the premiere interior design showcase in the country; it was important to show the legislators the enormity of interior design from a global perspective as well as the economic impact it has on Chicago and the state of Illinois. The Merchandise Mart is also an impressive venue—people from all over the world participate in the show.

What did you learn from these two events?

Legislators truly had fun attending these events! They got a better sense of what we do as a profession and the types of projects we work on. We found it was much easier to talk to the legislators during the events versus going into their offices. We also learned that the legislators may have a limited amount of time to dedicate to any given event, so we needed to be as thoughtful and impactful as possible with what we presented to them. At Neocon, two hours was the maximum amount of time they committed to us as they had other engagements.

Learn how to be an advocate at advocacy.iida.org.