With the fall season of trade shows and industry events well underway, I was pleased to be among a contingent of IIDA headquarters leadership and select international board members last week at Orgatec in Cologne, Germany.

Below, I offer Orgatec highlights, as well as a few images from the nearby independent exhibition Design Post. For American designers that are accustomed to NeoCon and other U.S. trade shows, the distinction at Orgatec is the broad international scope, including many companies that we rarely see stateside. With a theme of New Visions of Work, the biennial European trade show attracted more than 63,000 visitors from 142 countries for a week dedicated to commercial interior design. In total, Orgatec reports that 753 companies from 39 countries exhibited, three quarters of which were from outside of Germany.

While difficult to summarize the range of furnishings shown at Orgatec, we did see an attention to materiality and tactile qualities. One could describe it as a “softening” of the hard edges and surfaces associated with office interiors. While this was a trade show focused on workplace design, the number of desks and desking solutions were far outnumbered by soft seating, whether it is a lounge chair, bench, or sofa.

Designers are more aware of the need for privacy options in workplace interiors, and Orgatec exhibitors showcased a range of privacy solutions—some more savvy, elegant, and cognizant of scale than others. Privacy alternatives included fully enclosed booths, high-backed seating, and the integration of soft materials, such as fabrics and felt, as an acoustical buffer.

The desire for a more relaxed, flexible, adaptable, and hospitable workplace was evident throughout Orgatec. Here’s a glimpse of the show:

With a lattice of its own fabric forming enclosures, Camira has a distinctive stand. 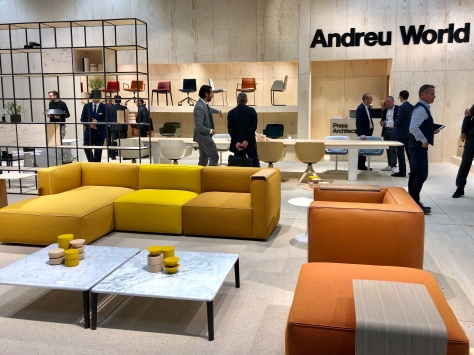 The Spanish company Andreu World featured its latest furnishings at its stand, including Dado for Work by Alfredo Häberli. Dado is a collection of modular sofas and chairs.

The Danish company +Halle introduced Easy Nest Sofa designed by the firm Form Us With Love. 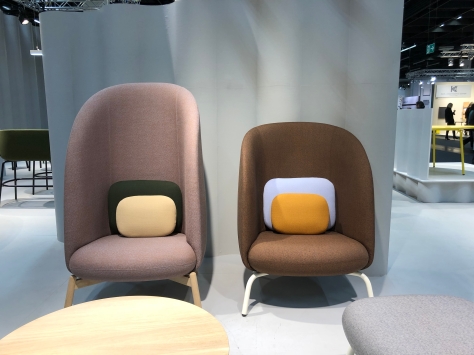 The Easy Nest chair, designed by Form Us With Love, was displayed by +Halle. 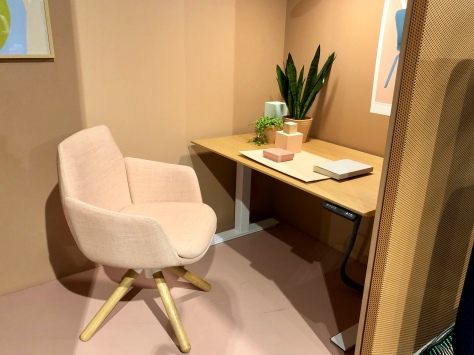 A variety of options for well-designed workplace privacy were exhibited by Haworth.

The Italian company Infiniti showcased its furnishings at its stand. 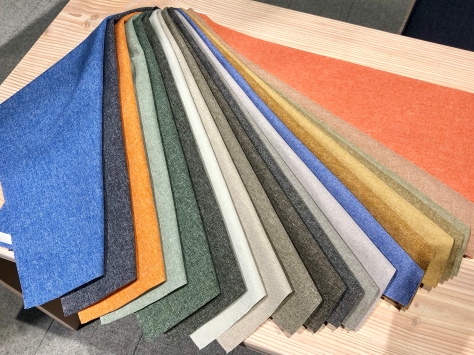 The design of the stand for the Polish company MDD had a Postmodern influence. 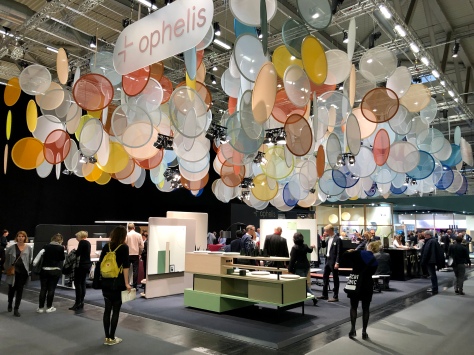 With a whimsical design, the stand for the German company Ophelis stood out.

The AC 5 Group chair by Antonio Citterio was displayed by Vitra.

Soft Work, designed by Edward Barber and Jay Osgerby, was introduced by Vitra. 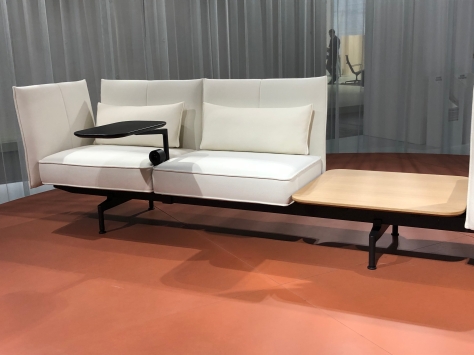 A closer detail of Soft Work, designed by Edward Barber and Jay Osgerby for Vitra. 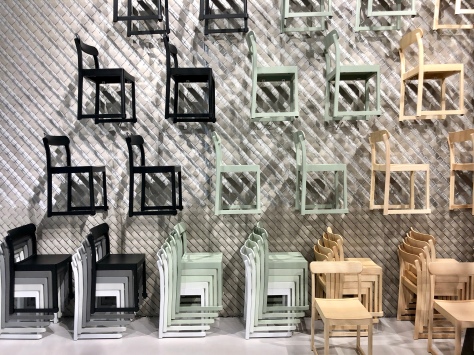 Artek chairs were displayed within the Vitra hall at Orgatec.

Near Orgatec, the independent show Design Post included a number of exhibiting companies.

At Design Post, Magis exhibited a wall of its chairs.

Armada, a sculptural seating collection by Nipa Doshi and Jonathan Levien, was displayed at the Moroso stand at Design Post.

Inspired by Scandinavian design, the Lilo chaise lounge by Patricia Urquiola was prominently exhibited at the Moroso stand at Design Post.

John Czarnecki, Hon. IIDA, Assoc. AIA, is the deputy director and senior vice president of IIDA. He is the former editor in chief of Contract magazine.